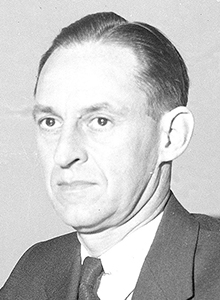 Marriner Stoddard Eccles was an American banker, economist, and member and chairman of the Federal Reserve Board. Eccles was known during his lifetime chiefly as having been the Chairman of the Federal Reserve under President Franklin D. Roosevelt. He has been remembered for having anticipated and supporting the theories of John Maynard Keynes relative to "inadequate aggregate spending" in the economy which appeared during his tenure. Eccles was and is seen as an early proponent of demand stimulus projects to fend off the ravages of the Great Depression. (Source: Wikipedia)