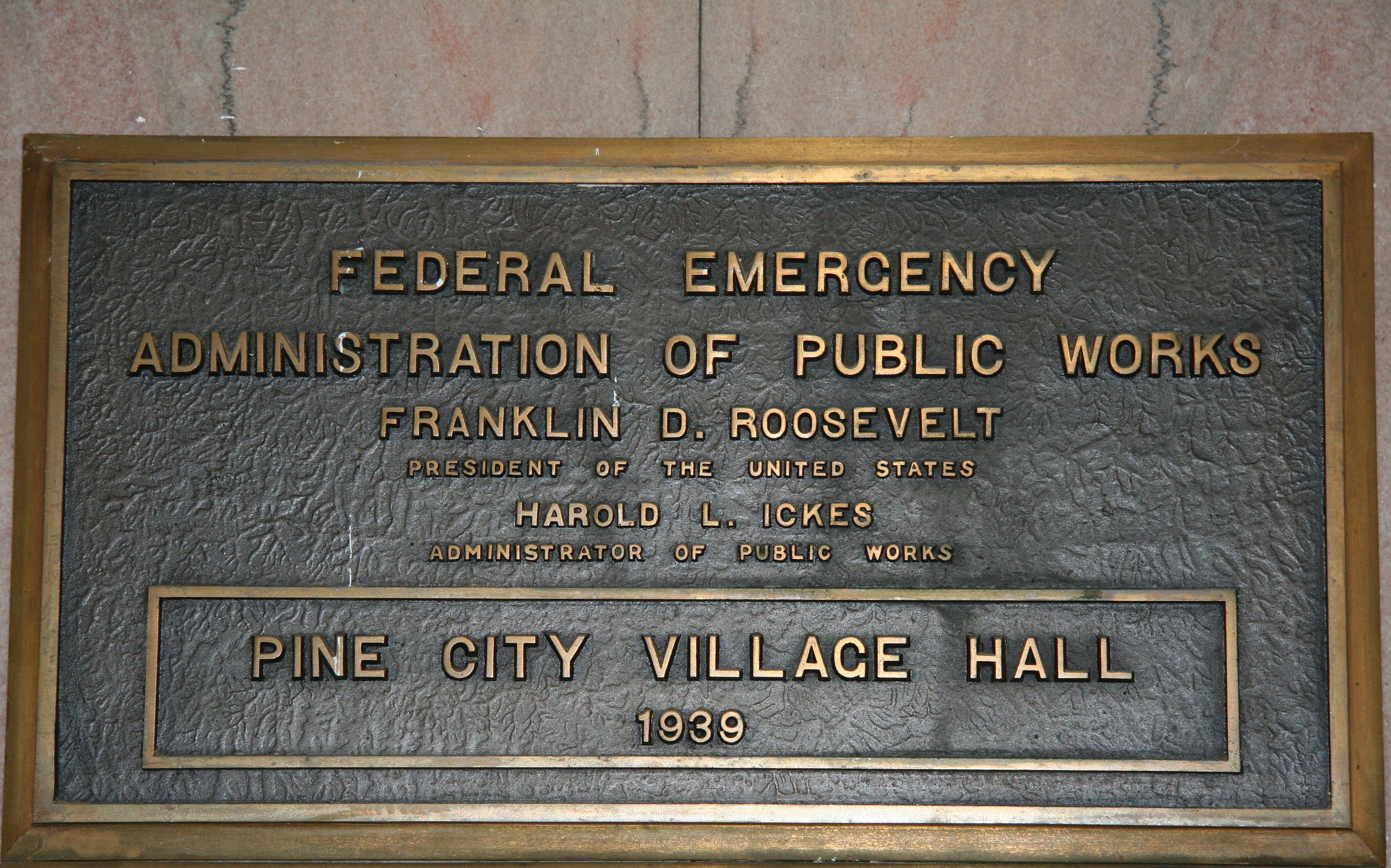 Public Works Administration (PWA), part of the New Deal of 1933, was a large-scale public works construction agency in the United States headed by Secretary of the Interior Harold L. Ickes. It was created by the National Industrial Recovery Act in June 1933 in response to the Great Depression. It built large-scale public works such as dams, bridges, hospitals, and schools. Its goals were to spend $3.3 billion in the first year, and $6 billion in all, to provide employment, stabilize purchasing power, and help revive the economy. Most of the spending came in two waves in 1933-35, and again in 1938. Originally called the Federal Emergency Administration of Public Works, it was renamed the Public Works Administration in 1935 and shut down in 1944. (Source: Wikipedia)