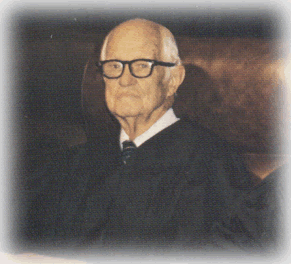 Elbert Parr Tuttle was the Chief United States Circuit Judge of the United States Court of Appeals for the Fifth Circuit from 1960 to 1967, when that court became known for a series of decisions crucial in advancing the civil rights of African Americans during the Civil Rights Movement. A Republican from Georgia, he was among the judges that became known as the "Fifth Circuit Four". (Source: Wikipedia)