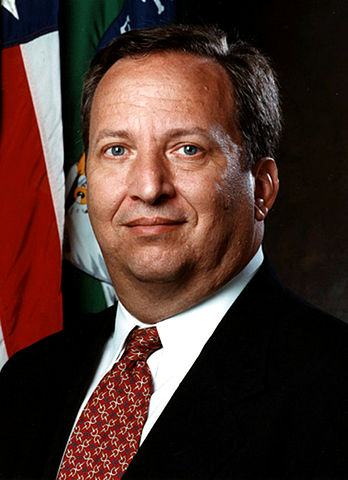 American economist and educator, former US Secretary of the Treasury

Lawrence Henry Summers is an American economist, former Vice President of Development Economics and Chief Economist of the World Bank (1991–93), senior U.S. Treasury Department official throughout President Clinton's administration, and former director of the National Economic Council for President Obama (2009–2010). He is a former president of Harvard University (2001–2006), where he is currently a professor and director of the Mossavar-Rahmani Center for Business and Government at Harvard's Kennedy School of Government. (Source: Wikipedia)