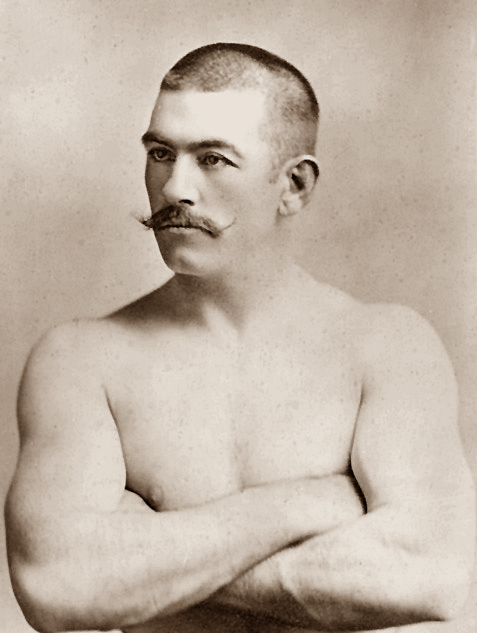 John Lawrence Sullivan, also known as the "Boston Strong Boy", was an Irish-American boxer recognized as the first lineal heavyweight champion of gloved boxing, holding the title from February 7, 1882, to 1892. He is also generally recognized as the last heavyweight champion of bare-knuckle boxing under the London Prize Ring Rules, being arguably the first boxing superstar and one of the world's highest-paid athletes of his era. (Source: Wikipedia)