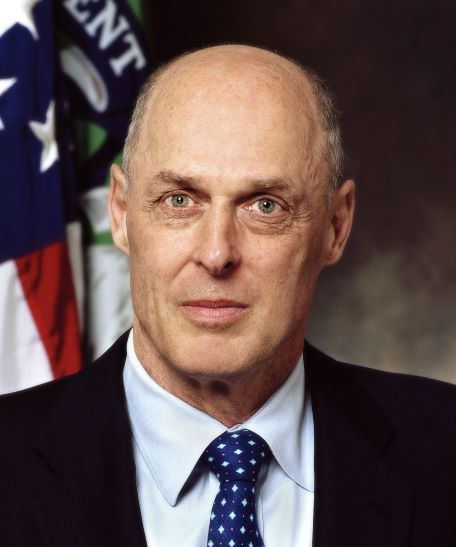 Henry Merritt "Hank" Paulson Jr. is an American banker who served as the 74th Secretary of the Treasury. Prior to his role in the Department of the Treasury, Paulson was the chairman and chief executive officer (CEO) of Goldman Sachs. He is now the chairman of the Paulson Institute, which he founded in 2011 to promote sustainable economic growth and a cleaner environment around the world, with an initial focus on the United States and China. (Source: Wikipedia)