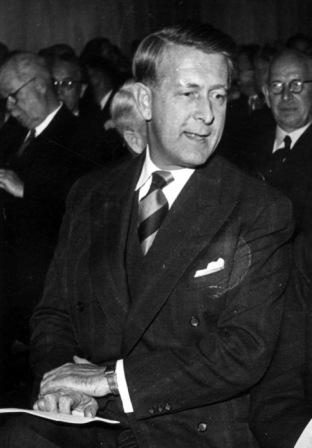 Bertil Gotthard Ohlin was a Swedish economist and politician. He was a professor of economics at the Stockholm School of Economics from 1929 to 1965. He was also leader of the People's Party, a social-liberal party which at the time was the largest party in opposition to the governing Social Democratic Party, from 1944 to 1967. He served briefly as Minister for Trade from 1944 to 1945 in the Swedish coalition government during World War II. He was President of the Nordic Council in 1959 and 1964. (Source: Wikipedia)