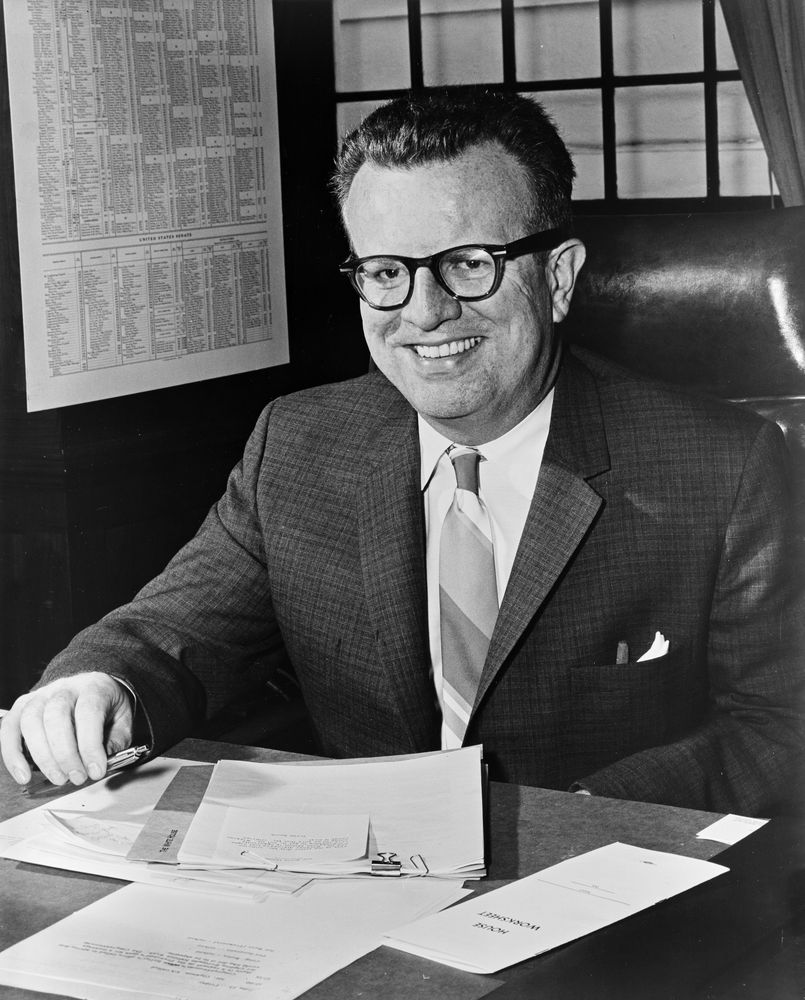 Lawrence Francis O'Brien Jr. was an American politician and basketball commissioner. He was one of the United States Democratic Party's leading electoral strategists for more than two decades. He served as Postmaster General in the cabinet of President Lyndon Johnson and chair of the Democratic National Committee. He also served as commissioner of the National Basketball Association from 1975 to 1984. The NBA Championship Trophy is named after him. (Source: Wikipedia)