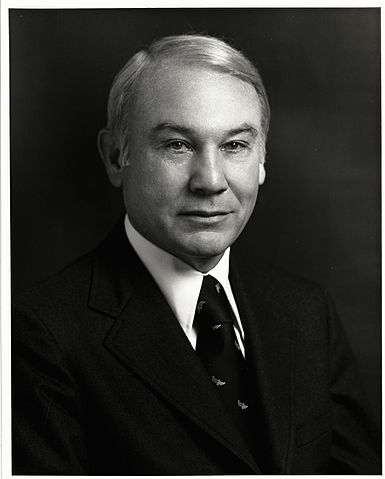 Former chairman of the Federal Reserve and Secretary of the Treasury

George William Miller served as the 65th United States Secretary of the Treasury under President Carter from August 6, 1979 to January 20, 1981. He previously served as the 11th Chairman of the Federal Reserve, where he began service on March 8, 1978. (Source: Wikipedia)