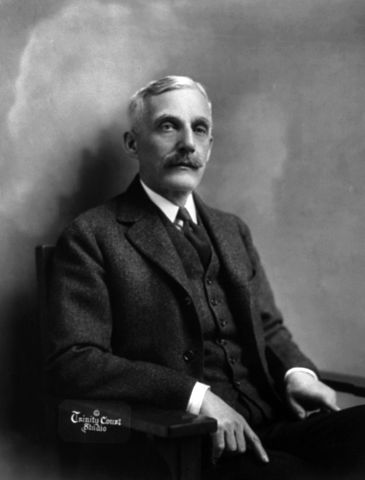 Andrew William Mellon, sometimes A.W., was an American banker, businessman, industrialist, philanthropist, art collector, and politician. From the wealthy Mellon family of Pittsburgh, Pennsylvania, he established a vast business empire before transitioning into politics. He served as United States Secretary of the Treasury from March 9, 1921, to February 12, 1932, presiding over the boom years of the 1920s and the Wall Street crash of 1929. A conservative Republican, Mellon favored policies that reduced taxation and the national debt in the aftermath of World War I. (Source: Wikipedia)