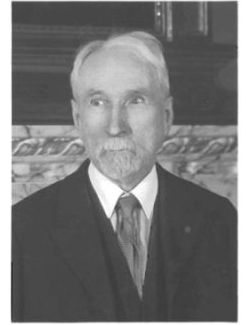 James Howard Gore was professor of mathematics at The Corcoran Scientific School. In 1905, Gore was the head of the mathematics department and taught a majority of the undergraduate and graduate courses. He is the author of nearly 20 books covering topics including mathematics, geodesy, European politics, travel and art. Much of his writing was influenced by his time spent in Berlin, Leyden, and Brussels, where he completed his post-graduate studies. Gore was also a member of several European royal societies such as Commandeur of the Order of Leopold (Belgium), a member of the Order of the Crown (Belgium) and a member of the Order of Orange-Nassau. Each of these societies are related to the royal parties of Belgium and the Netherlands and are generally bestowed upon individuals who have demonstrated dedication and commitment towards these respective areas. (Source: Wikipedia)