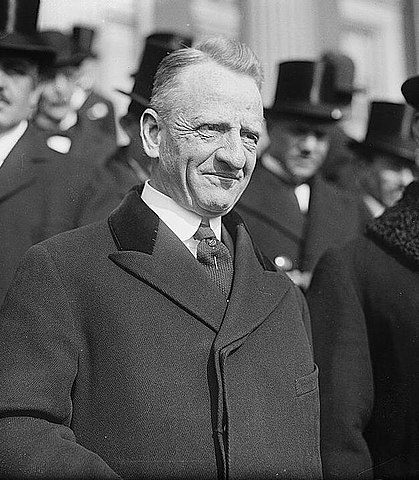 Carter Glass was an American newspaper publisher and Democratic politician from Lynchburg, Virginia. He represented Virginia in both houses of Congress and served as the United States Secretary of the Treasury under President Woodrow Wilson. He played a major role in the establishment of the U.S. financial regulatory system, helping to establish the Federal Reserve System and the Federal Deposit Insurance Corporation. (Source: Wikipedia)