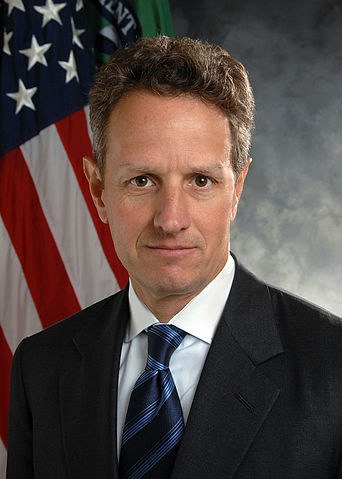 Timothy Franz Geithner is a former American central banker who served as the 75th United States Secretary of the Treasury under President Barack Obama, from 2009 to 2013. He was the President of the Federal Reserve Bank of New York from 2003 to 2009, following service in the Clinton administration. Since March 2014, he has served as president and managing director of Warburg Pincus, a private equity firm headquartered in New York City. (Source: Wikipedia)