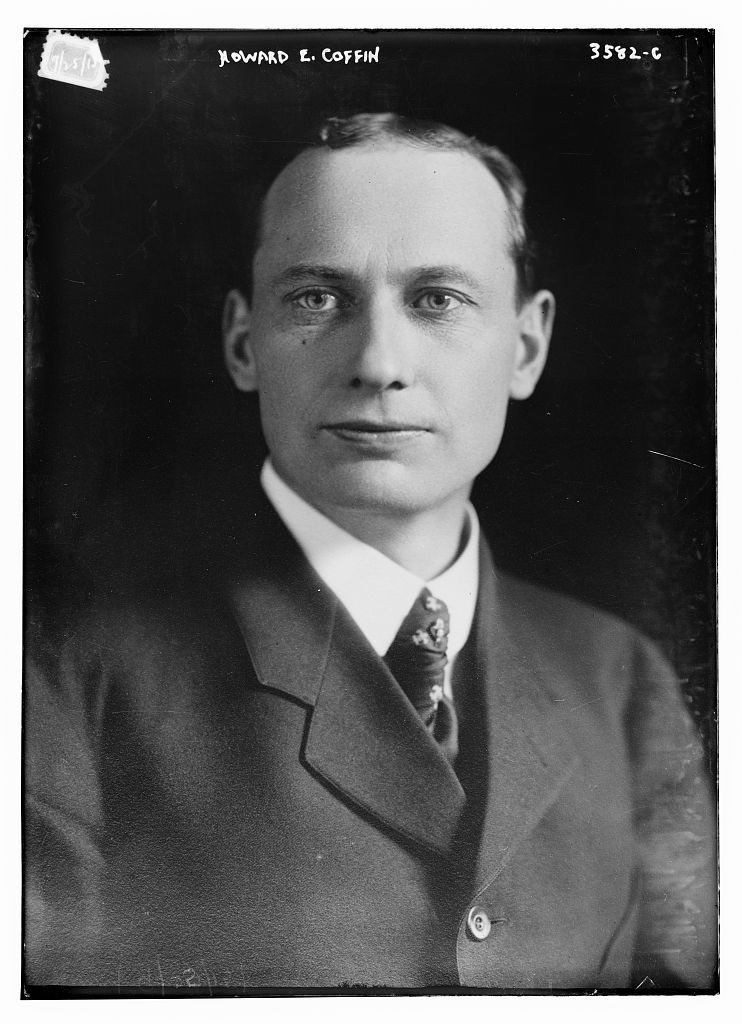 Howard Earle Coffin was an American automobile engineer and industrialist. He was one of the founders of the Hudson Motor Car Company with Roy D. Chapin. He was a charter member of The Society of Automotive Engineers and president in 1910, and as one of the "dollar-a-year men" served as chairman of the Aircraft Board which organized aircraft production and industrial mobilization during World War I. He retired from the Hudson company in 1930 but acted as a consultant. He died accidentally in 1937. (Source: Wikipedia)