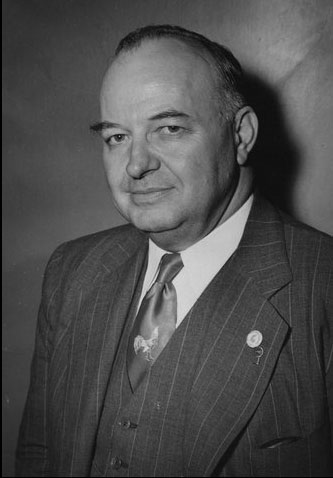 Earle Chester Clements was an American farmer and politician. He represented the state of Kentucky in both the U.S. House of Representatives and the U.S. Senate and was its 47th Governor, serving from 1947 to 1950. For three decades, he was the leader of a faction of the state's Democratic Party that stood in opposition to the faction led by two-time governor and senator A. B. "Happy" Chandler. (Source: Wikipedia)