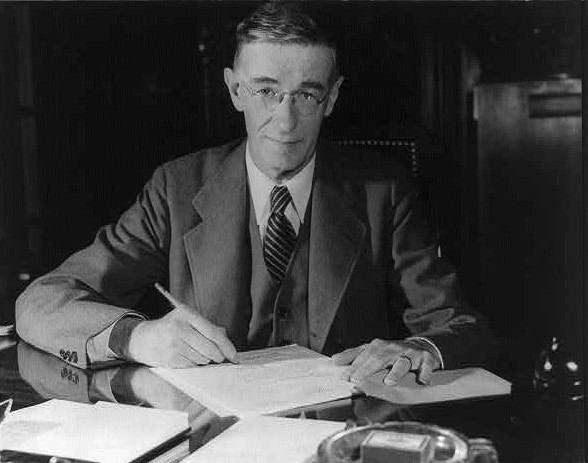 Vannevar Bush was an American engineer, inventor and science administrator, who during World War II headed the U.S. Office of Scientific Research and Development (OSRD), through which almost all wartime military R&D was carried out, including important developments in radar and the initiation and early administration of the Manhattan Project. He emphasized the importance of scientific research to national security and economic well-being, and was chiefly responsible for the movement that led to the creation of the National Science Foundation. (Source: Wikipedia)