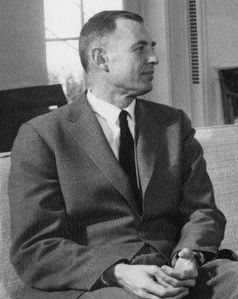 David Elliott Bell was a director of the United States' Office of Management and Budget from January 22, 1961 until December 20, 1962 under President John F. Kennedy. Kennedy named him administrator of the Agency for International Development in late 1962. He left government service in 1966 to become the Executive Vice President of the Ford Foundation. (Source: Wikipedia)