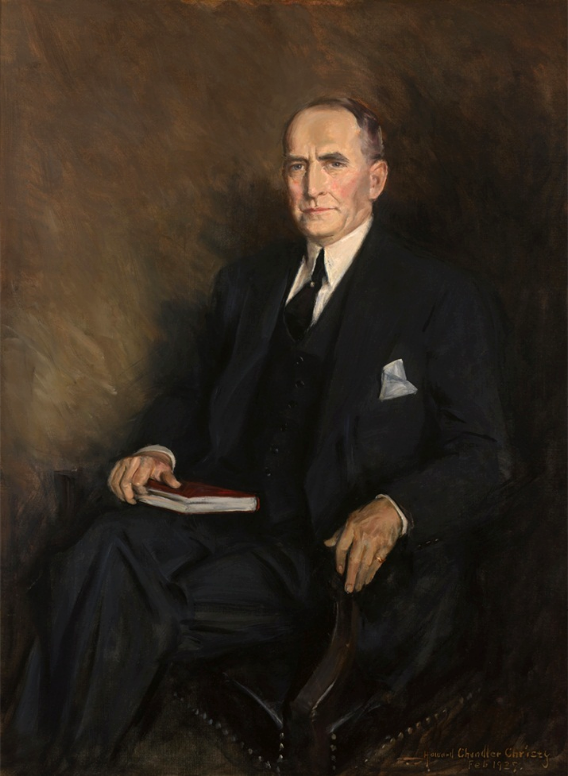 William Brockman Bankhead was an American politician who served as the 42nd Speaker of the United States House of Representatives from 1936 to 1940, representing Alabama's 10th and later 7th congressional districts as a Democrat from 1917 to 1940. Bankhead was a prominent supporter of President Franklin Roosevelt's New Deal of pro-labor union legislation, thus clashing with most other Southern Democrats in Congress at the time. Bankhead described himself as proud to be a politician, by which he meant that he did not neglect matters that concerned his district or reelection. He was the father of actress Tallulah Bankhead. (Source: Wikipedia)