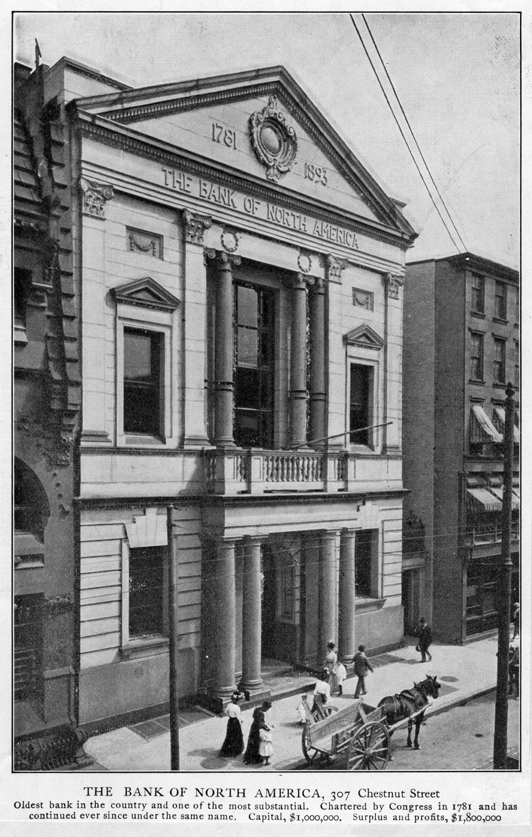 The Bank of North America was a private bank first adopted on May 26, 1781, by the Continental Congress, and opened in Philadelphia on January 7, 1782. It was based upon a plan presented by US Superintendent of Finance Robert Morris on May 17, 1781 that created the Nation's first de facto central bank. When shares in the bank were sold to the public, the Bank of North America became the country's first initial public offering. It was succeeded in its role as central bank by the First Bank of the United States in 1791. (Source: Wikipedia)