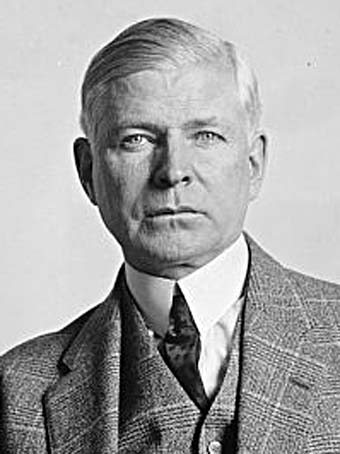 John William Elmer Thomas was a native of Indiana who moved to Oklahoma Territory in 1901, where he practiced law in Lawton. After statehood, he was elected to the first state senate, representing the Lawton area. Representative and a Senator from Oklahoma. In 1922, he ran successfully on the Democratic Party ticket for the U.S. House of Representatives. He was the Democratic nominee for the U.S. Senate in 1926; he won this race and held the seat until 1950, when he lost the party nomination to A.S. (Mike) Monroney. Thomas returned to a private law practice in Washington, D.C., and in 1957 moved his practice back to Lawton, where he died in 1965. (Source: Wikipedia)