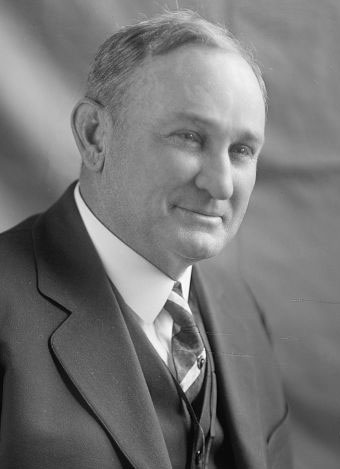 Joseph Taylor Robinson, also known as Joe T. Robinson, was an American politician from Arkansas. A member of the Democratic Party, he served as the 23rd Governor of Arkansas and as the Majority Leader of the United States Senate. He was also the Democratic vice presidential nominee in the 1928 presidential election. (Source: Wikipedia)