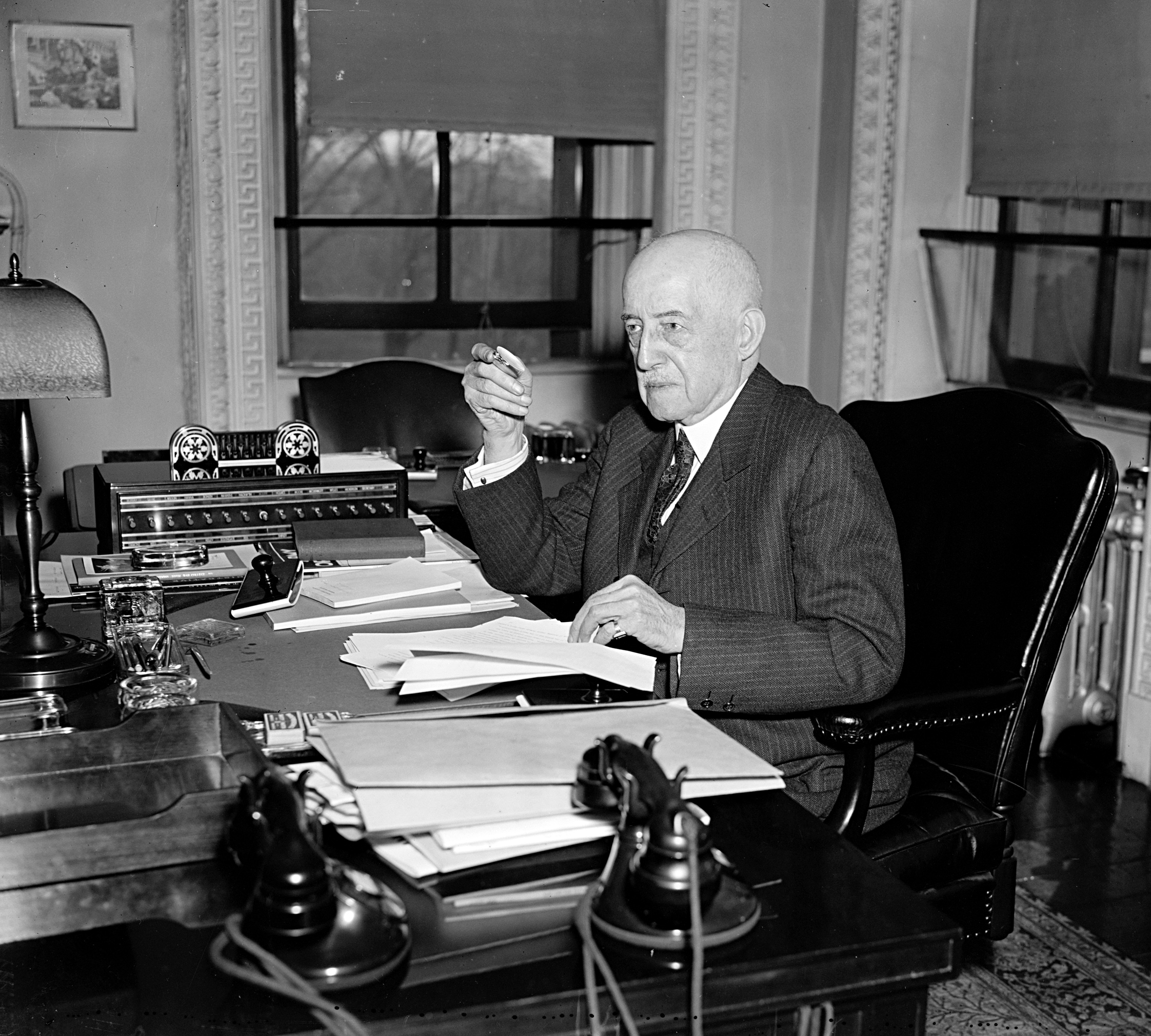 Robert Walton Moore was an American lawyer and politician. A lifelong resident of Fairfax, Virginia, he served as a state senator, member of the Virginia Constitutional Convention of 1902, with the Interstate Commerce Commission and in the United States House of Representatives from 8th Congressional District. One of few Virginia politicians to embrace the New Deal, Moore interrupted his retirement to serve as Assistant Secretary of State until his death. (Source: Wikipedia)