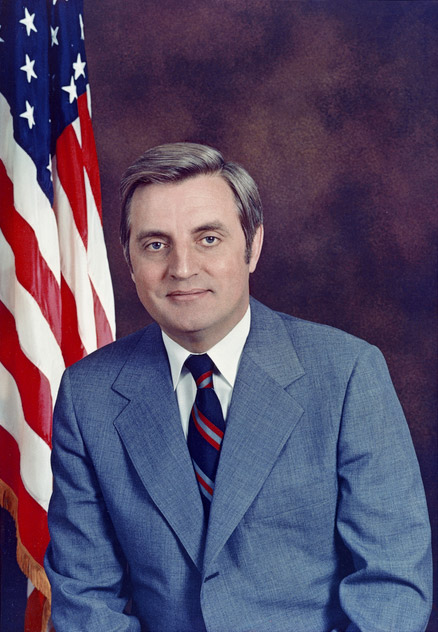 Walter Frederick "Fritz" Mondale is an American politician, diplomat and lawyer who served as the 42nd vice president of the United States from 1977 to 1981. A United States senator from Minnesota (1964–1976), he was the Democratic Party's nominee in the United States presidential election of 1984, but lost to Ronald Reagan in an Electoral College landslide. Reagan won 49 states while Mondale carried his home state of Minnesota and District of Columbia. He became the oldest-living former U.S. vice president after the death of George H. W. Bush in 2018. (Source: Wikipedia)