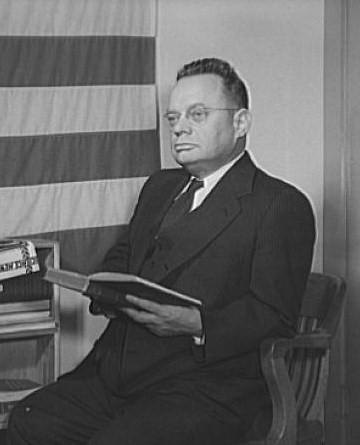 Fontaine Maury Maverick was a Democratic member of the United States House of Representatives from Texas, representing the 20th district from January 3, 1935, to January 3, 1939. He is best remembered for his independence from the party and for coining the term "gobbledygook" for obscure and euphemistic bureaucratic language. (Source: Wikipedia)