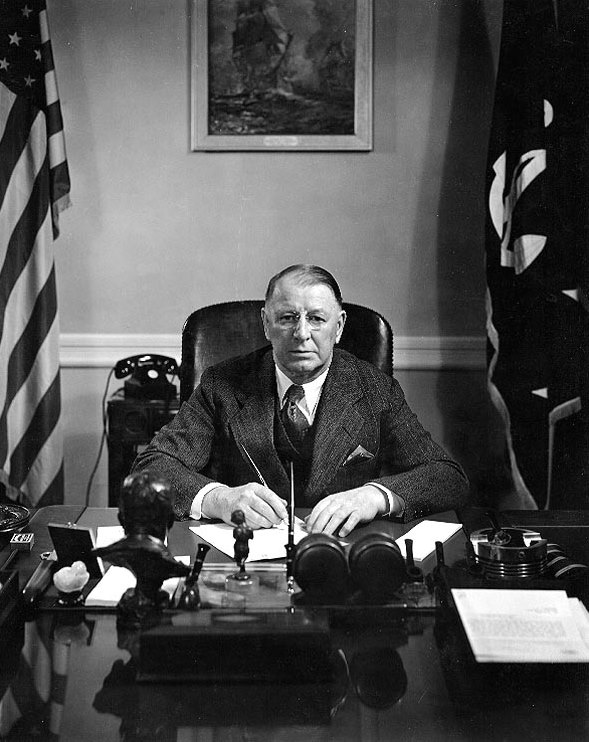 politician and United States Army officer, Secretary of the Navy

William Franklin Knox was an American politician, newspaper editor and publisher. He was also the Republican vice presidential candidate in 1936, and Secretary of the Navy under Franklin D. Roosevelt during most of World War II. Knox was mentioned by name in Adolf Hitler's speech of December 11, 1941, in which Hitler asked for a German declaration of war against the United States. (Source: Wikipedia)