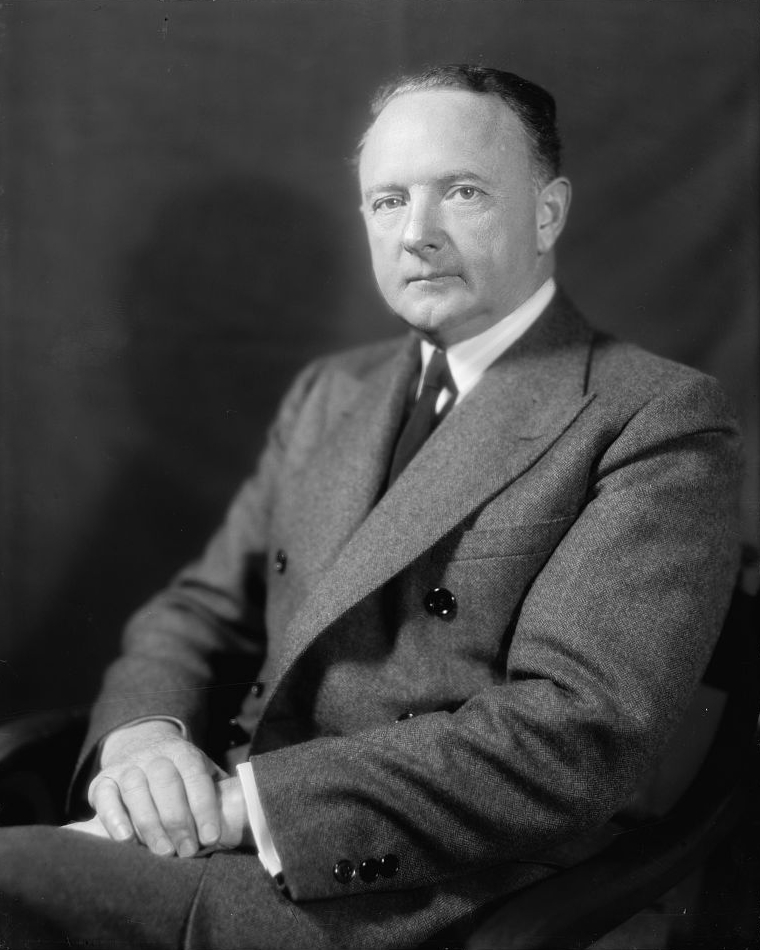 Harry Flood Byrd Sr. of Berryville in Clarke County, Virginia was an American newspaper publisher and political leader of the Democratic Party in Virginia for four decades as head of a political faction that became known as the Byrd Organization. Byrd served as Virginia's governor from 1926 until 1930, then represented the Commonwealth as a United States Senator from 1933 until 1965. He came to lead the "conservative coalition" in the United States Senate, and opposed President Franklin Delano Roosevelt, largely blocking most liberal legislation after 1937. His son Harry Jr. succeeded him as U.S. Senator, but ran as an Independent following the decline of the Byrd Organization. (Source: Wikipedia)