Throughout the late 19th century, as the American economy experienced rapid growth, it also endured instability, panics, and depressions.[1] Following the Panic of 1907, the nation’s financial and political leaders took action to reform the nation’s monetary system, passing the Aldrich-Vreeland Act of 1908.

Section 17 of the act established the National Monetary Commission. Section 18 gave authority and instructions to the commission as follows:

It shall be the duty of this commission to inquire into and report to Congress, at the earliest date practicable, what changes are necessary or desirable in the monetary system of the United States or in the laws relating to banking and currency and for this purpose they are authorized to sit during the sessions or recess of Congress, at such times and places as they may deem desirable, to send for persons and papers, to administer oaths, to summons and compel the attendance of witnesses. … The commission shall have the power, through subcommittee or otherwise, to examine witnesses and to make such investigations and examinations, in this or other countries, of the subjects committed to their charge as they shall deem necessary.

The Papers of Nelson Aldrich pertaining to his work with the National Monetary Commission are also available on FRASER, and they include drafts of the commission’s publications along with handwritten notations. 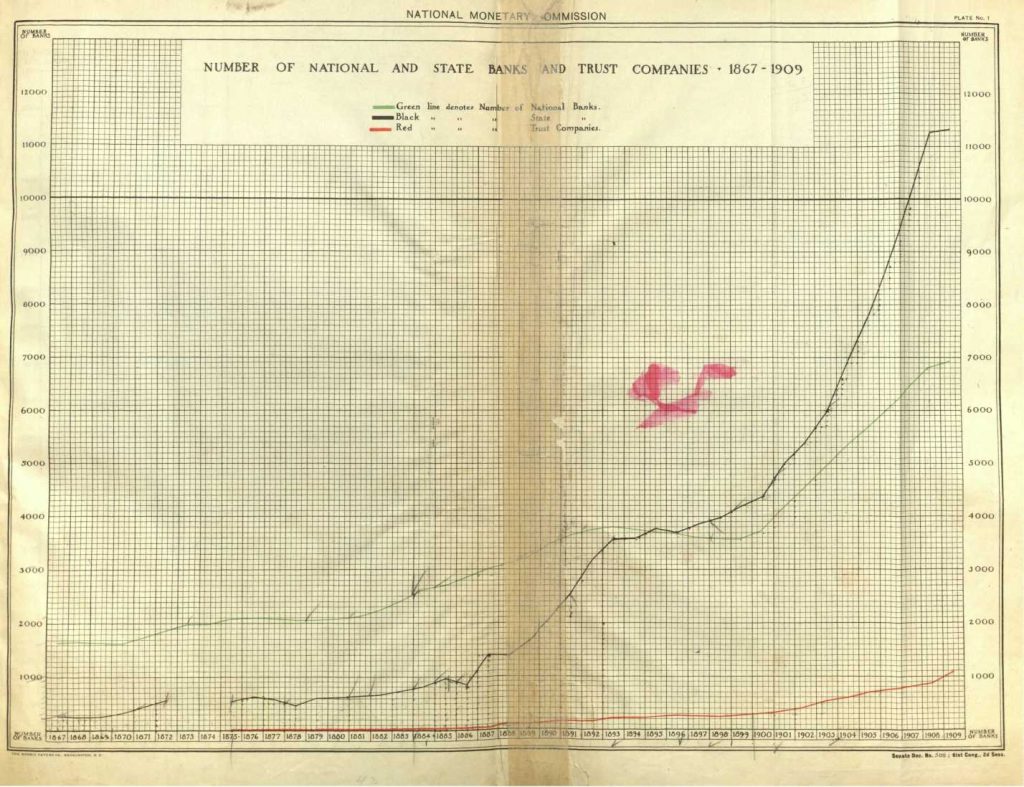