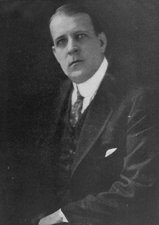 David Ignatius Walsh was a United States politician from Massachusetts. A member of the Democratic Party, he served as the 46th Governor of Massachusetts before serving several terms in the United States Senate. (Source: Wikipedia)