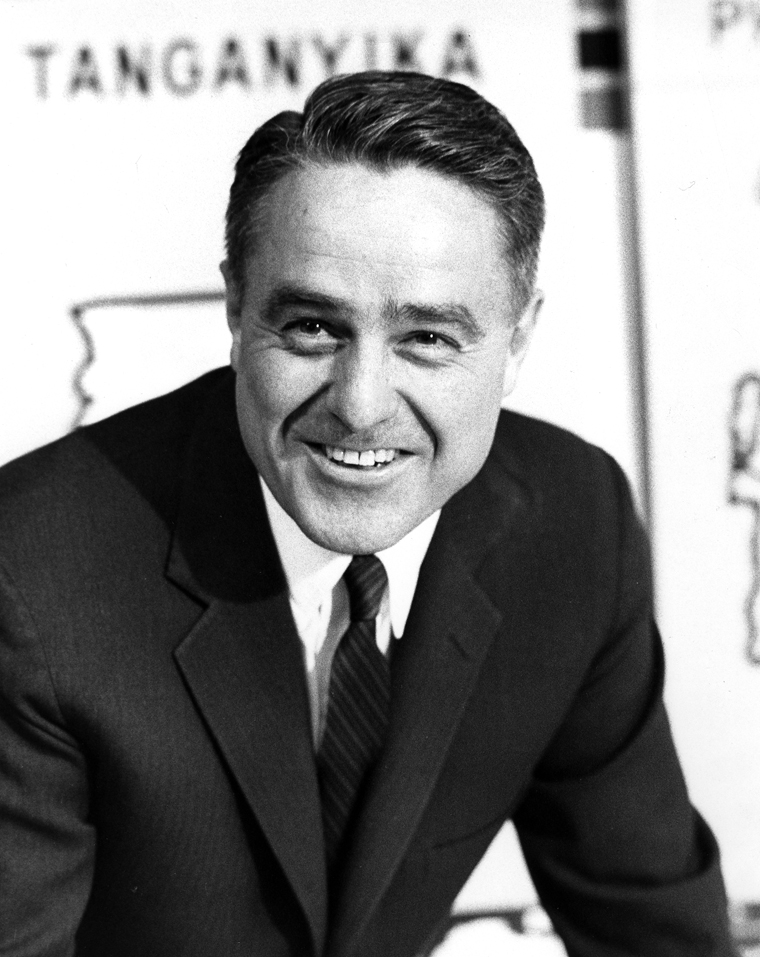 Robert Sargent Shriver Jr. was an American diplomat, politician and activist. As the husband of Eunice Kennedy Shriver, he was part of the Kennedy family. Shriver was the driving force behind the creation of the Peace Corps, and founded the Job Corps, Head Start, and other programs as the "architect" of the 1960s "War on Poverty." He was the Democratic Party's nominee for vice president in the 1972 presidential election. (Source: Wikipedia)