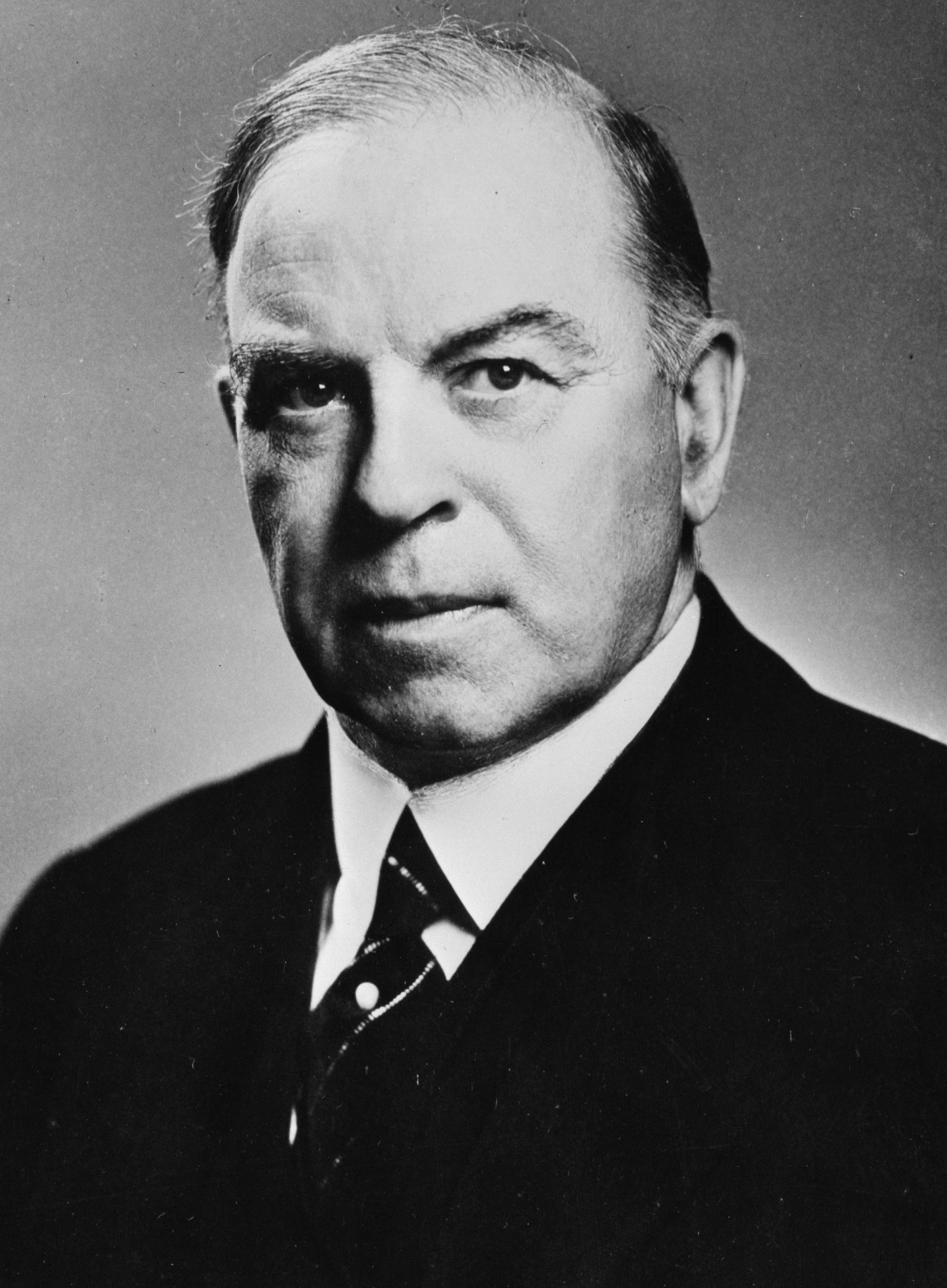 William Lyon Mackenzie King, also commonly known as Mackenzie King, was the dominant Canadian political leader from the 1920s through the 1940s. He served as the tenth prime minister of Canada in 1921–1926, 1926–1930 and 1935–1948. He is best known for his leadership of Canada throughout the Second World War (1939–1945) when he mobilized Canadian money, supplies and volunteers to support Britain while boosting the economy and maintaining morale on the home front. A Liberal with 21 years and 154 days in office, he was the longest-serving prime minister in Canadian history. Trained in law and social work, he was keenly interested in the human condition, and played a major role in laying the foundations of the Canadian welfare state. (Source: Wikipedia)