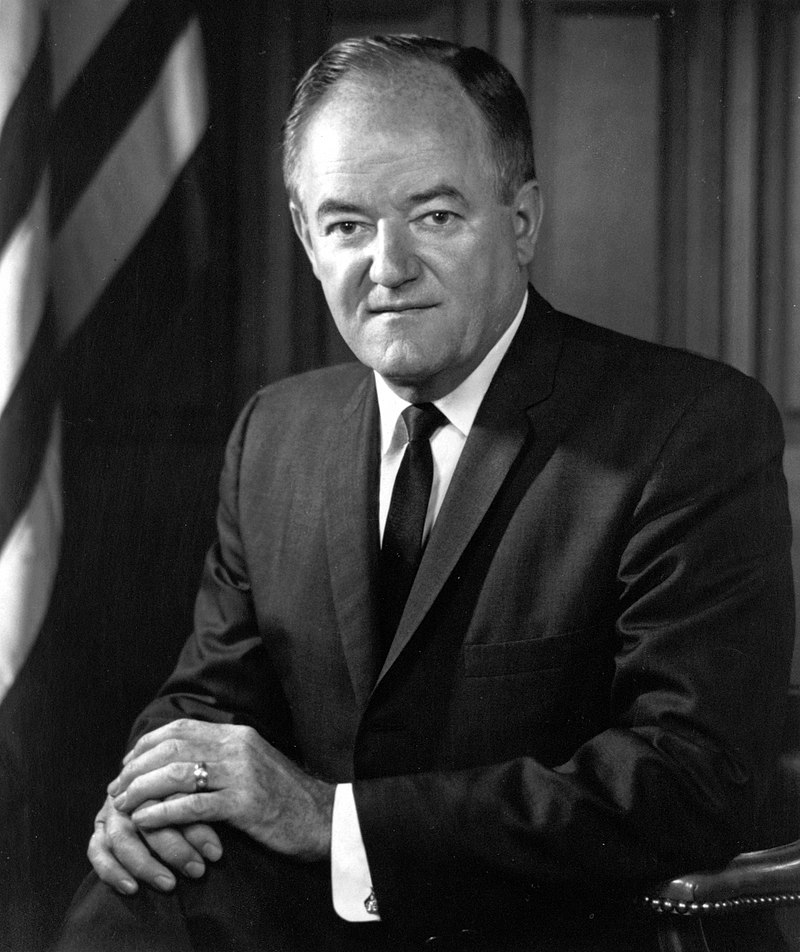 Hubert Horatio Humphrey Jr. was an American politician who served as the 38th vice president of the United States from 1965 to 1969. He twice served in the United States Senate, representing Minnesota from 1949 to 1964 and 1971 to 1978. He was the Democratic Party's nominee in the 1968 presidential election, losing to Republican nominee Richard Nixon. (Source: Wikipedia)