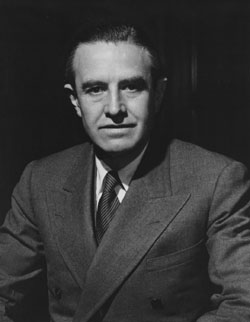 William Averell Harriman, better known as Averell Harriman, was an American Democratic politician, businessman, and diplomat. The son of railroad baron E. H. Harriman, he served as Secretary of Commerce under President Harry S. Truman and later as the 48th Governor of New York. He was a candidate for the Democratic presidential nomination in 1952 and 1956, as well as a core member of the group of foreign policy elders known as "The Wise Men". (Source: Wikipedia)