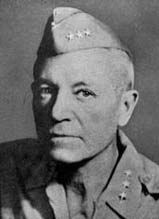 Oscar Woolverton Griswold was an American soldier and general in the first half of the 20th century. He is best known for his command of the XIV Corps in the South Pacific Area and South West Pacific Area during World War II. (Source: Wikipedia)