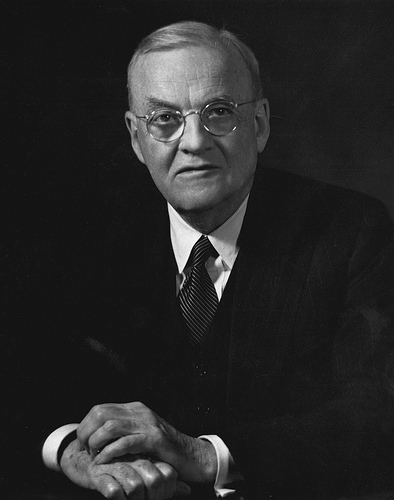 John Foster Dulles was an American diplomat. A Republican, he served as United States Secretary of State under President Dwight D. Eisenhower from 1953 to 1959. He was a significant figure in the early Cold War era, advocating an aggressive stance against communism throughout the world. (Source: Wikipedia)