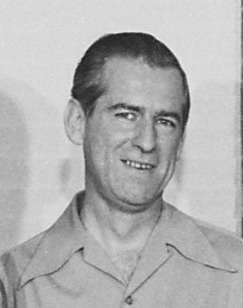 Matthew J. Connelly was an American civil servant under Harry S. Truman, who having risen to Executive Secretary to Vice President Truman and then Appointments Secretary to President Truman, was indicted for bribery in 1955, convicted in 1956, served six months in prison in 1960, and was granted a full pardon by President John F. Kennedy in 1962. (Source: Wikipedia)