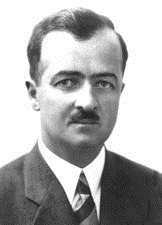 Clayton Douglass Buck was an American engineer and politician from New Castle Hundred, New Castle County, Delaware. He was a veteran of World War I and a member of the Republican Party, who served two terms as governor and one term as U. S. Senator from Delaware. He was known by his middle name. (Source: Wikipedia)